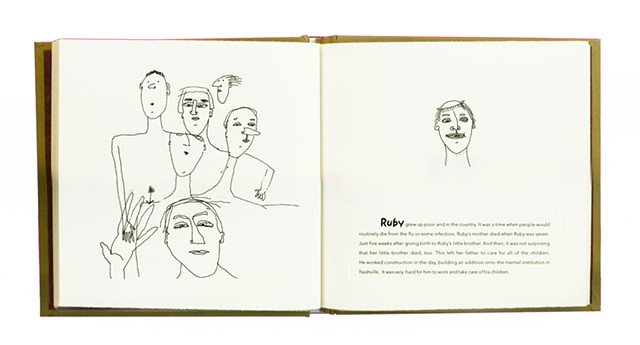 Ruby grew up poor and in the country. It was a time when people would routinely die from the flu or some infection. Ruby’s mother died when Ruby was seven. Just five weeks after giving birth to Ruby’s little brother. And then, it was not surprising that her little brother died, too. This left her father to care for all the children. He worked construction in the day, building an addition onto the mental institution in Nashville. It was very hard for him to work and take care of his children.