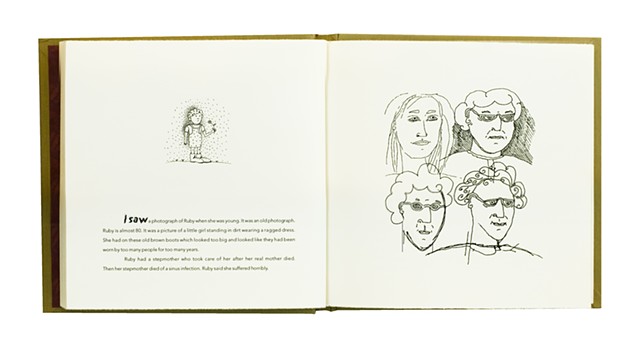 I saw a photograph of Ruby when she was young. It was an old photograph. Ruby is almost 80. It was a picture of a little girl standing in dirt wearing a ragged dress. She had on these old brown boots which looked too big and looked like they had been worn by too many people for too many years. Ruby had a stepmother who took care of her after her real mother died. Then her stepmother died of a sinus infection. Ruby said she suffered horribly.