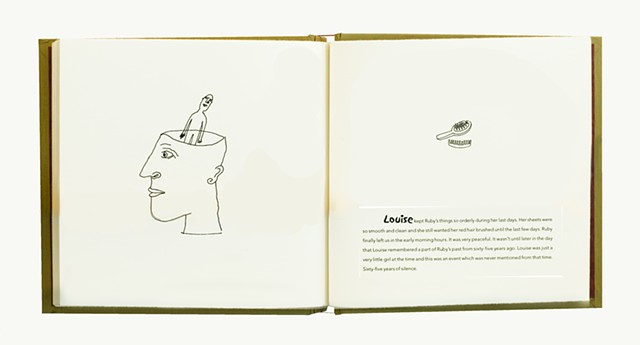 Louise kept Ruby’s things so orderly during her last days. Her sheets were smooth and clean, and she still wanted her red hair brushed until the last few days. Ruby finally left us in the early morning hours. It was peaceful. It wasn’t until later in the day that Louise remembered a part of Ruby’s past from sixty-five years ago. Louise was just a little girl at the time, and this was an event which was never mentioned from that time. Sixty-five years of silence.