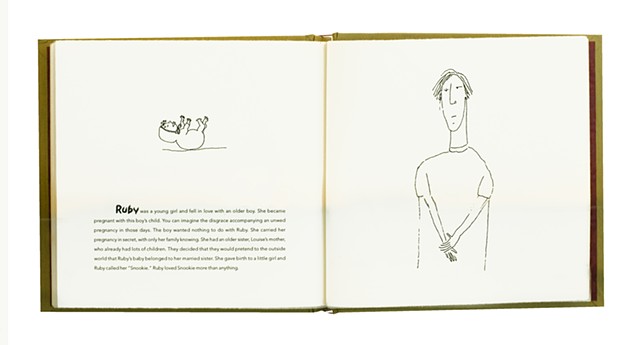 Ruby was a young girl and fell in love with an older boy. She became pregnant with this boy’s child. You can imagine the disgrace accompanying an unwed pregnancy in those days. The boy wanted nothing to do with Ruby. She carried her pregnancy in secret, with only her family knowing. She had an older sister, Louise’s mother, who already had lots of children. They decided that they would pretend to the outside world that Ruby’s baby belonged to her married sister. She gave birth to a little girl and Ruby called her “Snookie.” Ruby loved Snookie more than anything.